Living with Barry was working out great.  Brady spent every second weekend with her Father, Jack. I continued working a demanding schedule, working all hours and flying all over the world, until a turning point in a cold transit lounge somewhere in tired Europe, enough was enough. I resigned, finishing up in December 1998. So the call went out – ‘Christmas at the Pink House’.

J and Louise flew over and stayed with Mum in Dove House. Barry’s Mother and Step Father came, his lovely Sister and Brother-in-law too. The presents flowed, there was wrapping paper everywhere. Food was plenty, the house was warm and shone with Christmas glitter and sparkle, we laughed and played.

Damn it was a golden time, I just didn’t realise it at the time. 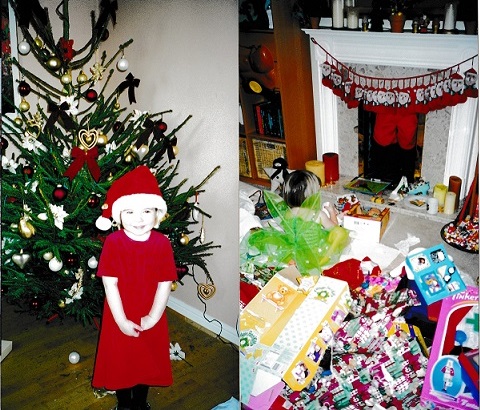 Brady The Christmas Fairy at The Pink House 98.