We’re having a food-scare here at the moment Sis.  It’s not quite up to your UK Mad Cow fiasco.  There’s this massive crop of peanuts that had Salmonella in it.  Now almost every single jar of peanut butter in Australia has been recalled.  There’s been over fifty cases of food poisoning.  Slater & Gordon (this really opportunistic law firm) has been advertising on TV saying, “Hey people, keep those jars of poison, Slater & Gordon are in the house, and everybody’s gonna be rich, rich, rich!”  It’s appalling.  I’d better throw my peanut butter out actually.  It’s probably poisoned.  Luckily I haven’t eaten it for the last four weeks ‘coz of my diet.  Someone yesterday said to me “Ooh J, you know you have lost weight.  But don’t take it too far, you wouldn’t want to get much thinner.”  Music to the dieter’s ears, that.

Friday I went to drinks, not intending to get sloshed because I wanted to exchange these glasses I bought at David Jones.  Then Pippa offers to buy me a drink.  How can you turn down a free drink?  You can’t obviously.  So three Sambuccas later, Kristine is buying me vodkas on ice and stealing shot glasses. “Klicks” have the nicest shot glasses, with nice heavy bases.  I haven’t been able to buy them anywhere, and was bemoaning the fact to Pippa, and then half an hour later she asks me if I have the keys to work.  I say “Yes”, and we pad back over to work and Pippa pulls out six shot glasses and a salt-shaker from the pockets of her leather jacket.  I was flabbergasted.  I giggled in my drunkenness and stashed them in my desk drawer.  Pippa took four, I took two to bring my total of “Klicks” shot glasses to four.  I stole the other two ages ago.  They look nice in the top half of Pop’s writing desk with the rest of my glassware, the two beer glasses I exchanged at David Jones’ the next day included.

After “Klicks” we (Pippa, new guy called Trent, Paige, Scottish Lisa and I) walked over to “The Imperial” in Bourke Street and ate half a pizza each, with Pippa buying me more vodkas.  Trent was drinking Drambuie.  I should’ve nicked the glass that his drink came in, it was nice.

We got a booth, and Trent sat at the end of the end of the table, telling us about his two months spent in a Kibbutz (not washing, being victimized by ‘hard’ Irishmen) and I got drunker and drunker on free booze.  Paige called me some name, so I called her “Desdomena Dyke” and she kicked me under the table and I threw a drunken hissy fit and threatened to leave.  Pippa told me not to leave and I calmed down as another vodka and ice magically appeared before me.  Paige and Lisa left and then came back about twenty minutes later, unable to catch a taxi. (I reckon it had a lot to do with Paige’s beanie.  It’s a cream-coloured, rolled up balaclava worn backwards so her ponytail can stick out the back.) Paige and I made up and the White Spirit Faeries brought another consignment of Russian Forest Dew (that’s vodka to the uninitiated).  We kept drinking for a while and then left.  Paige and Lisa caught a taxi (eventually) and Pippa and I wandered through the night to Swanston Street to a little greasy spoon place for a – you guessed it – hot chocolate.  I leered at funky chicks coming post-club (it was around 4am by now) and we talked about…  something.  I don’t really remember much about it except the scantily clad funky-things.

Saturday morning I lingered in bed, knowing I should get up and go in to work.  I finally managed to haul my trembling frame into town around 3pm staying until 11pm.

Sunday I was up and in at work by 9am.  With two heaters going and bound up in my scarf up to my eyes, I tapped away ’til 10:30am when Scottish Lisa called from Collins Place asking to be let in.  I unlocked the doors and we yakked for an hour and a half, comparing accounts of Friday’s festivities.

Lisa and I went for drinks after we’d finished work.  We started at “Klicks” (again).  She was drinking Scotch and cokes, I was sipping vodka lime and sodas.  I just love saying ‘soda’ at the bar.  I hate getting those straws in my drinks, though.  It’s like an affront to your masculinity to be given a straw with your drink.  I never use them.  Anyway…

Lisa and I took turns in buying round sand then wolfed down some food at “Fast Eddy’s” and then sat in “Spleen”, just across the road and continued.  We kinda flirted a little.  She told me I should put myself about a bit more, shouldn’t be so reticent.  I think she’s a little wild for me though.

So by now you’ve probably come to the same conclusion that I was drawing hesitantly nearer to. Pippa likes me.  I thought maybe it was so, but I didn’t want to be holding tickets on myself, so I put it out of my mind.  But Lisa had corroborating evidence.

Lisa thinks I “have the cork in too tight”.  She feels that she herself doesn’t quite have it in tight enough.  She was telling me I should put myself about a bit more, take advantage of the carnal delights on offer.(Actually, ‘take advantage’ is not the right terminology.  It’s more like ‘making the most of’ or ‘not spurning fate’s generosity’.)  People always assume that I’m not on the market ‘coz of some tedious weakness of character or insecurity.  I just don’t think that it’s worth it all.  Too much fuss, if I remember correctly.  Coming face to face with other people’s naked souls is not something I want to do.  People are just about all the same deep down anyway.  It’s the artifice which makes them interesting.  It’s like Birds of Paradise – who the hell wants to look at their giblets, right?

The other thing that sagaious Lisa did tell me that struck a chord was that I would regret my reticence when the Grim Reaper comes a-knockin’ for my libido.  She reckons I’m gonna be a late-30’s sleaze ‘coz I didn’t get it out of my system in my twenties.  Maybe she’s right.  This reticence of mine, it’s a vegetarianism of the soul. It’s a turning up of the nose at life’s more palpable experiences.  I’m just one of those corporeal dandies who’d rather spend their lives with their nose in a book than actually go out and meet the people from whence the books came. 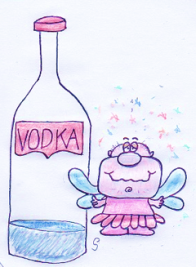